This is as of Friday afternoon.

There is still 18” of ice on the lake, the problem is the water level is up 4 feet since last Friday. Between all the rain and snow melt the HRBRRD has had the Concklingville dam closed. What this has done is made the shorelines bad and opened up all the ice ridges.

This is also true anywhere else there is (or was) an island or rocks poking through the ice. These areas have little or no ice. If you fall through you will be in about 4 feet of water definitely enough to ruin your day.

Now with about 10” of new snow on the ice, its almost impossible to tell were the bad spots are.

As I write this the wind is also picking up and blowing it everywhere.

With that being said I would not recommend any wheeled vehicles including ATV’s this week.

If you must go out, use a snowmobile and ride during the day.

Also if your shanty is out their it should be fine we have plenty of ice, and cold weather coming all week. The HRBRRD will be releasing water also so conditions will improve by next weekend for removing them.

Walleyes are still slow and mostly small, perch have been turning on and are like footballs, the few pike that have been caught have been huge.  Trout have been almost non existent.

A shanty is the only real way you can have a camp on the lake! 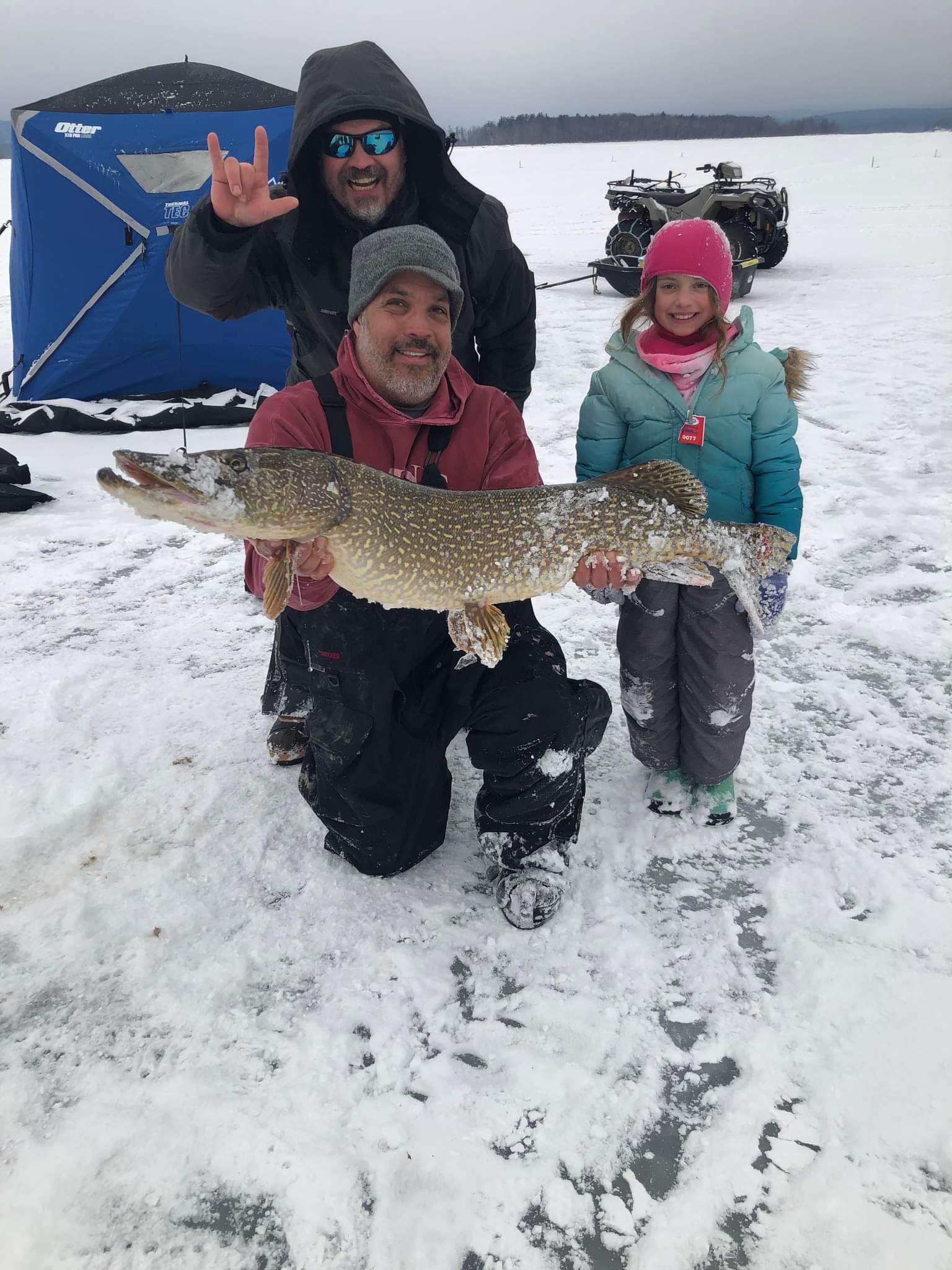 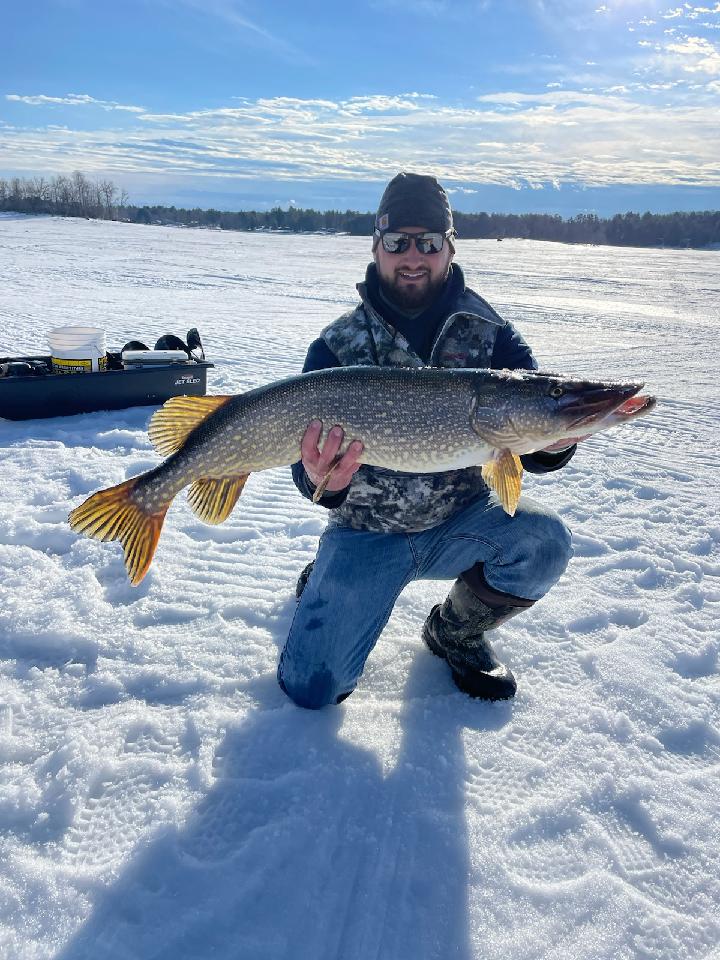 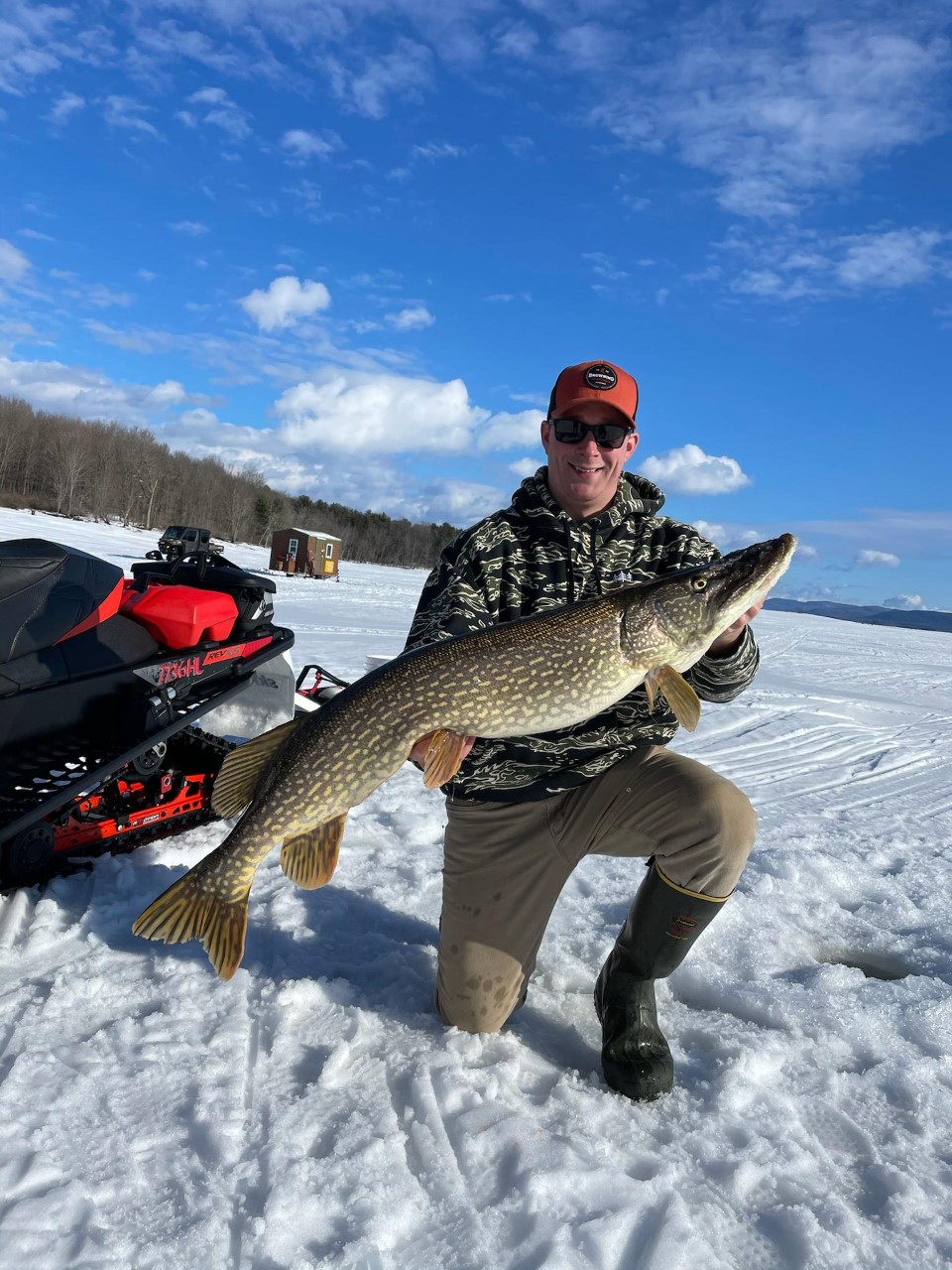