The lake is the best conditions conditions for snowmobile’s I have seen all season there is just the right amount of snow to give you traction.

Yet not too much as to get really bumpy and slushy. It’s still a little choppy going from Bachelorville  North.
Also the snow highlights the new ice which are Gray areas So just avoid those areas along the ridges and around the shorelines.
I found no less than 16″ and no more than 20″ of ice along the entire lake. There is only about 4 and a 1/2 inches of ice In those areas where the water came up and refroze.
Between the cold and the water level being down almost a foot from last week, the lake has tightened up nicely.
2 spots that I found to be bad was was the Broadalbin side of Scout Island in the channel (where it always is this time of year) and and about a 100 yards  offshore on the Mayfield side of Sand Island.
Both of these spots you can see very well because there is no snow in those areas and it’s very Gray and dark.
As far as 4 wheelers and side-by-side’s just use a little caution getting on and off the lake Or around any landmass these are the areas that have the new ice. It should be thick enough to support them but there’s always those spots That aren’t. Fortunately it will only be about 3′ deep if you break through.
I have been to Ponderosa Pines, Old Trail Inn, Captain Nauiti’s, Sport Island Pub, Lanzi’s, Wally’s, and Lakeside Tavern all without any problems.

Just don’t go past the bridge in Northville, the river was raging there last week. Again just avoid the spots with no snow.

Northerns have turned on and big, perch have too. Walleyes still running small. And finally some trout have been caught.

put the phone away when you have been drinking. 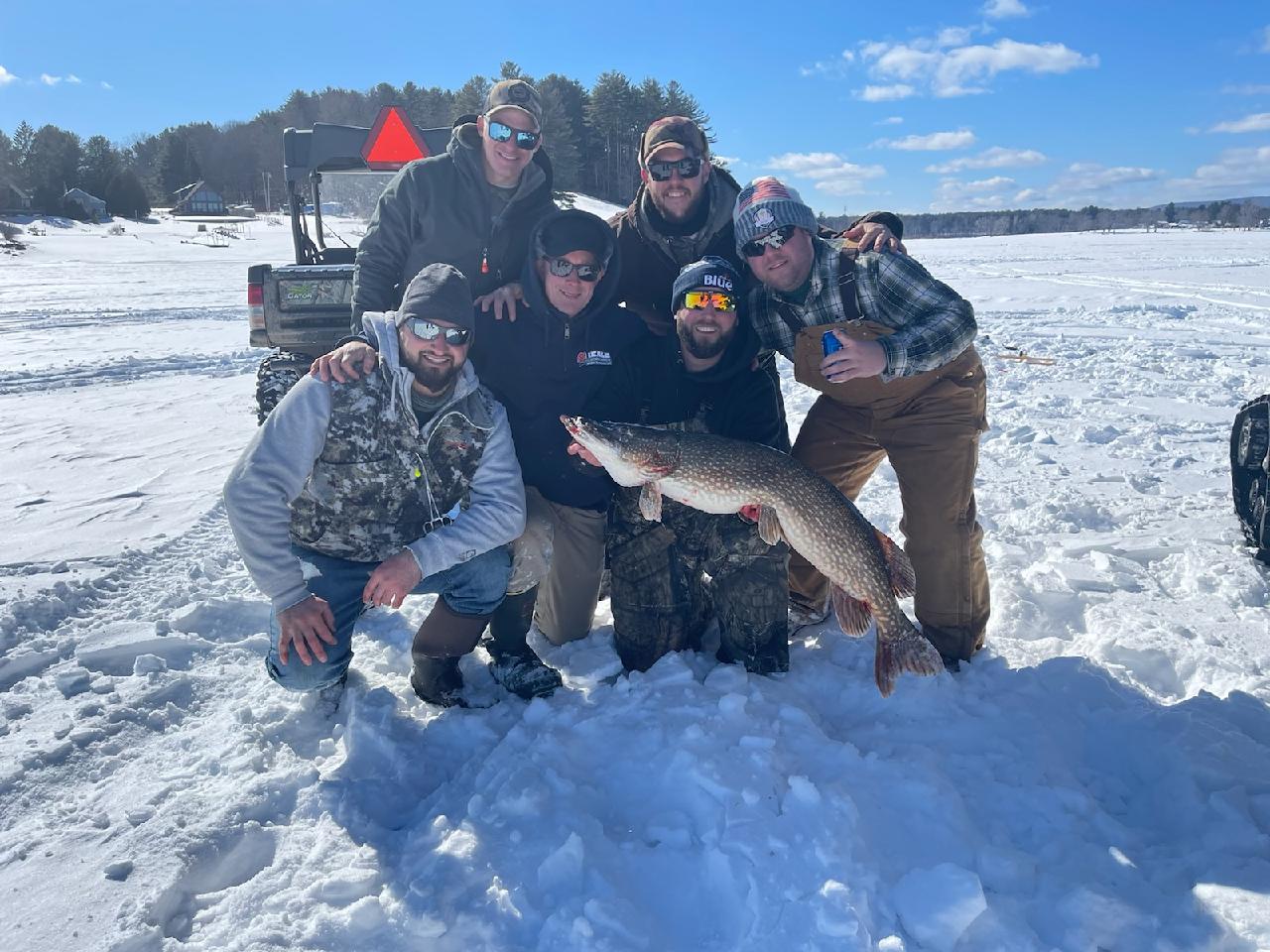